This is the most common robber fly found along woodland edges at least in central Wisconsin where I live. This species and M. virginicus are nearly impossible to tell apart in the field. The epandria, or clasper, is decurved at the tip in this species and is fairly easy to see in pinned specimens (Notice that I didn’t say it was very easy) but I have not been able to tell this with certainty with any of my photos. The photo of the Machimus sp. with the dragonfly could be either this species or M. virginicus but either way it is an impressive capture for the size of this insect.

Femur of the hind leg entirely black, less than one-half the front tibia reddish or yellowish, and the epandria decurved at the tip.

M. virginicus has all the characteristics of this species except that the epandria of this species is more elongated and not decurved at the tip. Although an article on the the Asilidae of Michigan by Baker and Fischer (1975) uses the bases of the tibias usually yellow in M. virginicus and red in this species, I could not tell the difference in the two specimens I have seen on M. virginicus. 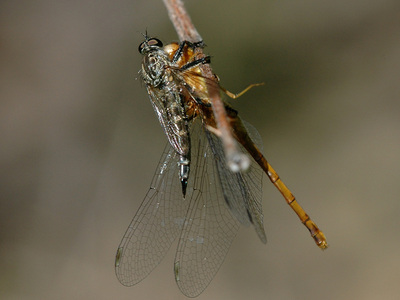 Machimus sp. with an autumn meadowhawk (sympetrum vicinum) as a prey. 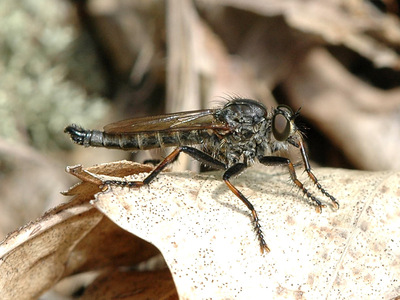 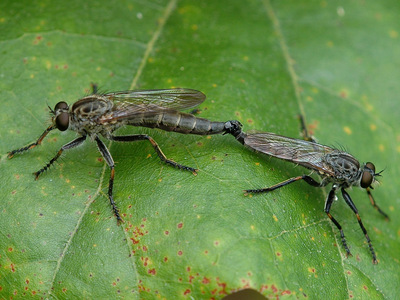