There are two species of this genus in Wisconsin. The females of both species have the last segments elongated and are very distinctive, however, a good photo showing the front femur from below is necessary to distinguish the two species. I don’t have a lot of experience with these species in the field, but I thought that they looked very similar to the Machimus species. In collected specimens Neoitamus species have the hairs behind the eyes strongly bent towards the front at nearly a ninety degree angle.

This species has the front and middle femurs black except that the end where it joins the tibia is yellow, like the tibias. In N. flavofemoratus the front femur below is yellow with black only on the upper surface. The amount of black varies somewhat and a photo from above can be inconclusive. Males of this species have the mystax pale golden and are easily told from males of N. flavofemoratus which have mostly black hairs in the mystax. 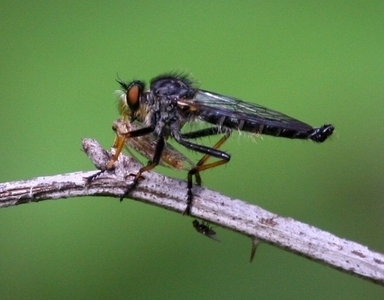 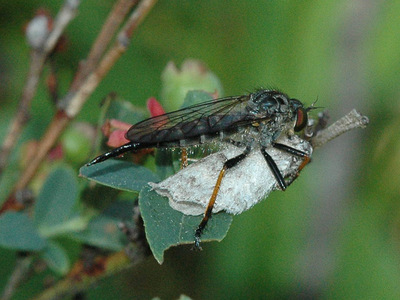 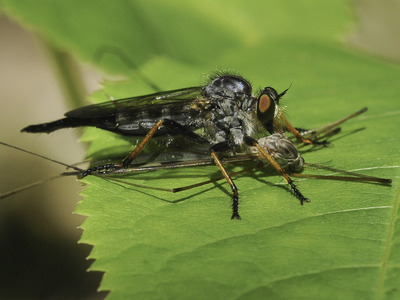