Stephen Bullington in his 1986 thesis listed four specimens that he identified as this species from Wisconsin. I have examined one male and four females from central Wisconsin and all of them have been this species. The index/ithypyga group is not common in central Wisconsin and the most I have ever seen in one day of this group is three individuals. They also appear to be very wary and are difficult to photograph even when they have prey. The hairs on the top of there thorax are remarkably variable when observed from various angles and different lighting.

Abdomen with segments three through 6 with golden yellow hairs, hairs on the posterior of the thorax form a narrow triangle that extends at least to the middle of the thorax. The dorsal surface of the sixth abdominal segment has two well defined projections in the center of the rear of this segment.

There are several species that may be mistaken for this species. L. ithypyga is the species that most commonly is confused with this species farther south. They superficially look very much alike, but there are differences in the genitalia in both the male and the female, and in the male, the 6th abdominal segment has a single projection at the posterior end rather than the two projections in this species. This species could also be confused with L. scorpio, a northern species that is very similar but the narrow fringe of hair from the posterior of the thorax never reaches the middle of the thorax.

Woodland edges and open areas in woodlands. I have seen this species only in more moist woodlands.

June through the middle of August.

This species is not common in central Wisconsin. 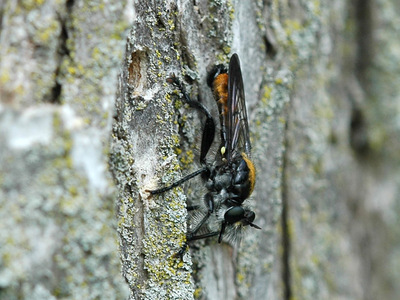 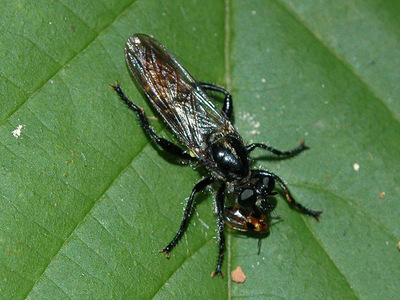 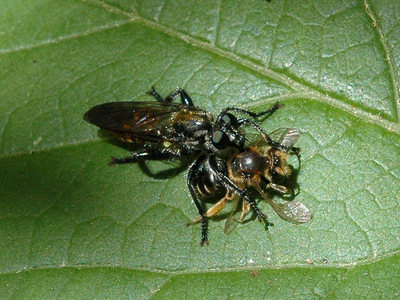 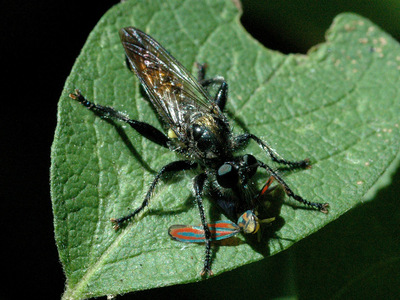 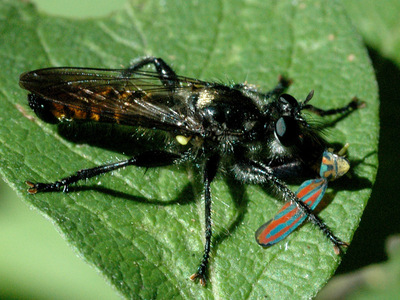 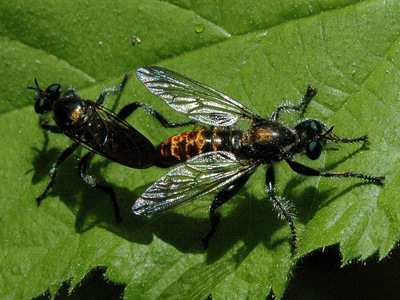 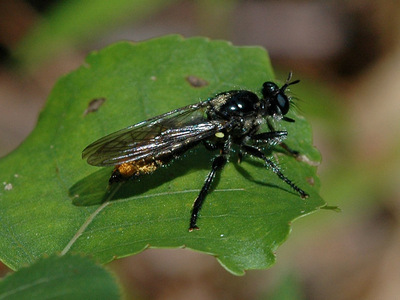