This laphria as well as L. winnemana are much smaller and appear less hairy that the other Laphria.

Small black fly with some light hairs on the legs and sides of the abdominal segments, but the hairs are not really noticeable in the field without close-focusing binoculars. The thorax appears to have no hairs but does have some some hairs at least at the edges that are visible in photos.

L. winnemana looks very much like this species and possibly can only be told from this species by looking at the genitalia. In addition, Stephen W. Bullington who put these species in a whole new genus in his 1986 thesis, described a new species from this genus and documented six specimens from the northern half of Wisconsin. I am fairly certain that I have a female of this species from Waushara County.

Late May through late August, but most common in late June and the early part of July. 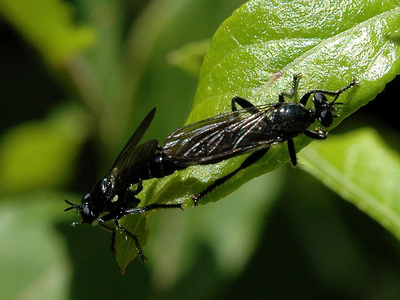 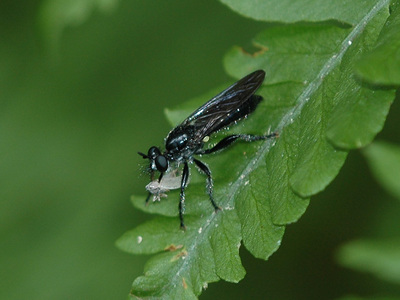 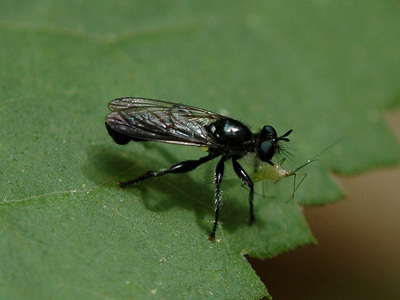