The side of frons is more or less parallel with the head wider than high, and the face with hair on only the lower one-third of face. The scutellum margin without long hairs. This species has a black mystax.

Similar to the Echthodopa pubera but easily told by the lack of hairs on the scutellum.

All specimens collected in Wisconsin were taken in June. 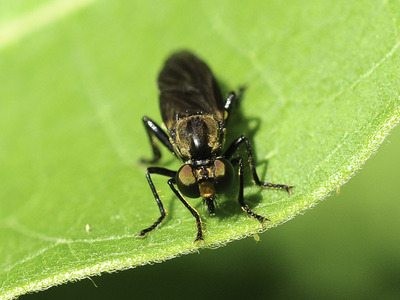 Female, in the same location as the mated pair ten minutes later. 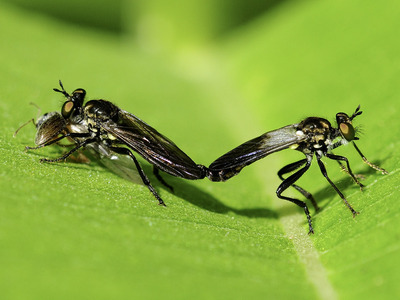