There are two specimens in the Milwaukee Public Museum (MPM) labeled as this species from Wisconsin. This species, L. flavipes, and L. murina are all likely to occur in Wisconsin. There are few photos of these species online and until I get a chance to study them further, I don’t know which species I have photographed. The photo here was of an individual at the Spring Green Preserve and I don’t have permission to collect there. In addition to these species two other species in this subfamily are likely to occur. Beameromyia pictipes is an extremely small species and it is likely that we have seen this species in Adams and Marquette Counties in July but these still haven’t been determined for certain. There is a specimen in the MPM from Wisconsin labled as Beameromyia sp. The other likely species in this subfamily is Tipulogaster glabrata. There are specimens of this species from Wisconsin in the MPM collection. 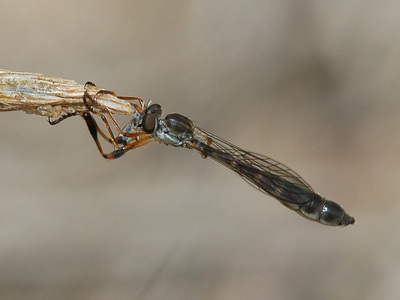