Common Claybank Tiger Beetle
I have seen and photographed this species only in northern Wisconsin. On August 3-4, 2006 I was able to see this species at four sites in Iron, Vilas, and Florence Counties. I still have not seen two individuals in close proximity to each other, and they are widely spaced along the trails where I have observed them. 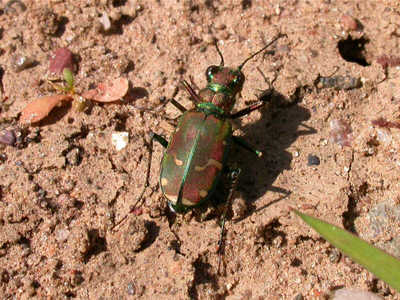 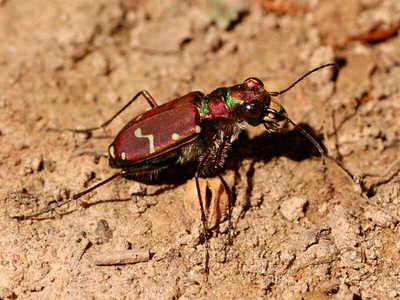 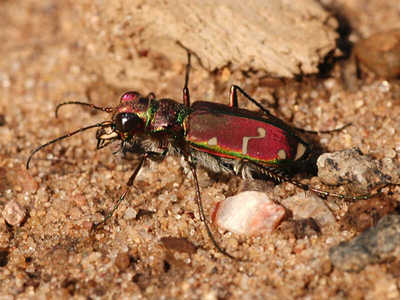