I saw and photographed Cicindela patruela at only two locations in Waushara County in 2004. I looked in several more likely locations, but did not see any of this species. This is Cicindela paruela huberi, which is listed as a species of special concern by the Wisconsin DNR and is listed as a state rank of S3. The greenish colored one was photographed on September 12, 2004 at the Sandhill Wildlife Area. I took the photo on the bottom right on September 19, 2004 and I have now seen four individuals of C. patruela at the Sandhill Wildlife area. I was hoping to document that they were all green colored, but instead saw an individual that was purplish colored like the one on the right. Populations in central Wisconsin vary in the number of purplish individuals. 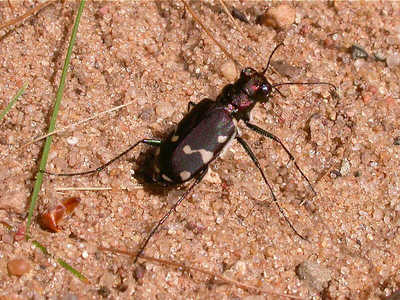 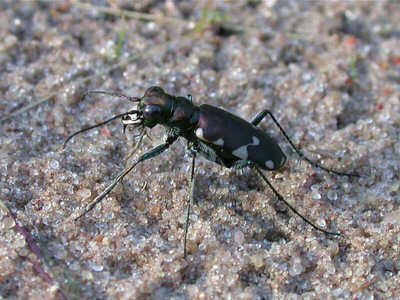 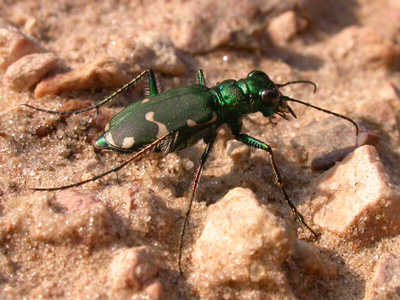 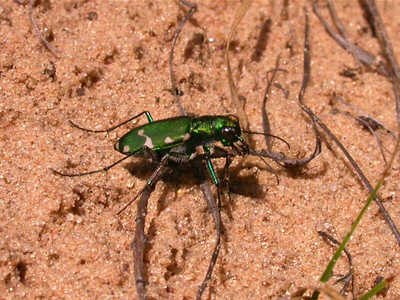