I have found Cicindela repanda repanda along the Wisconsin River in Juneau County and in other sandy areas that were near lakes or marshes. It was very abundant on Kiep’s Island in Tremealeau National Wildlife Refuge on September 4, 2004, with 6 or more seen within a square meter area on several occasions. Nearly all of this species that I have seen have the humeral lunule slightly removed from the marginal line. 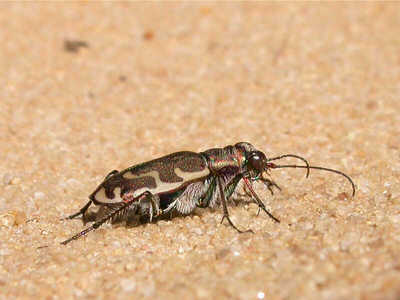 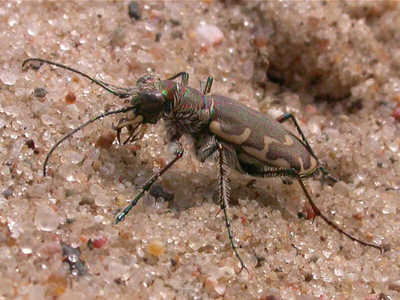