I saw Cicindela scutellaris lecontei in sandy soil throughout Waushara County wherever I actively searched for tiger beetles. This species was also seen in Jackson, Juneau, Portage, and Trempealeau Counties, often in association with C. punctulata, and C. formosa. The coloration was mainly purple with some green, although I did see one individual that was mostly green. The individuals in the third row are the only individuals that I saw that was marked like this, which is very similar to C. marginipennis, a species that is not found in Wisconsin. 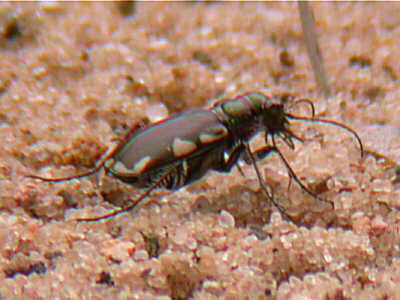 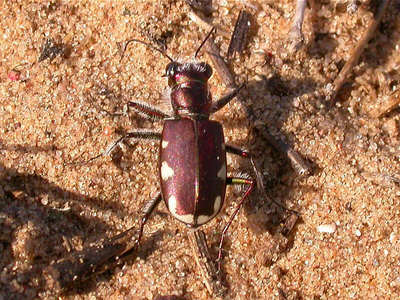 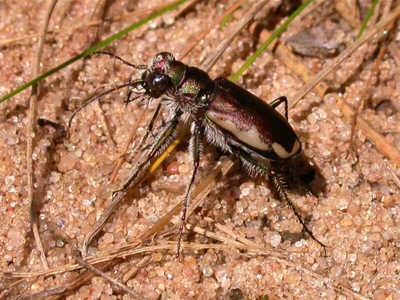 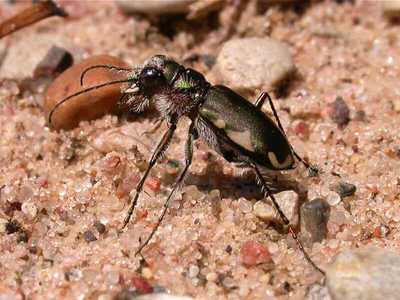 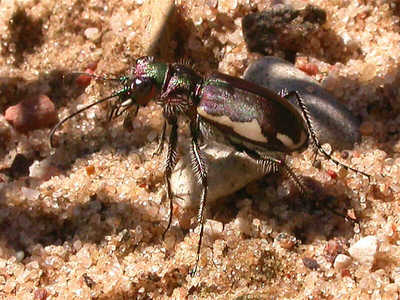 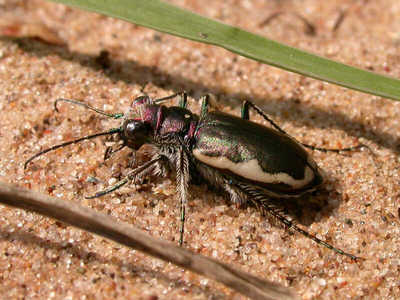