This species was common along woodland paths throughout Waushara County.I also saw this species in Marquette, Adams, Juneau, Jackson and Portage Counties. The photo on the bottom has extra spots and so could be called an eight-spotted tiger beetle!

Notes: Common across southern two-thirds of WI, scattered in far north; forest openings and trails; May to July, rarely from August to November. 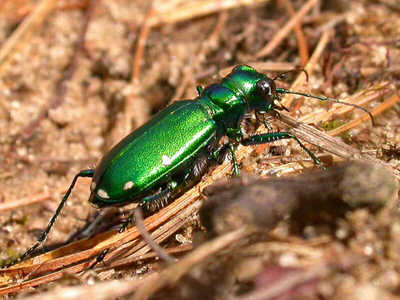 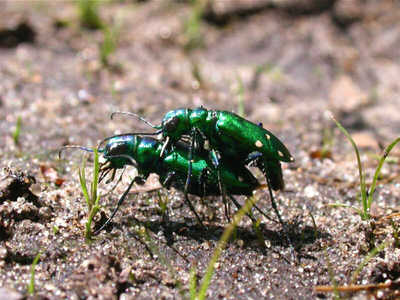 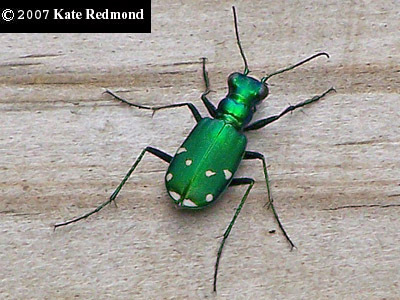